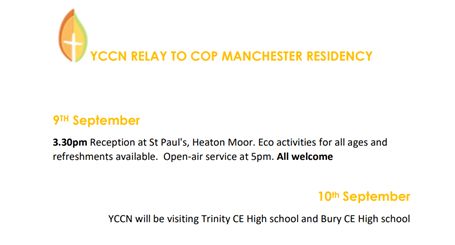 On 11 September, Manchester Quakers will have tributary walks from South Manchester, Salford and Stockport, to meet the Young Christians’ Climate Network relay walk from Cornwall, where the G7 meeting was held in June, to Glasgow, where the COP26 UN Climate meeting will be held in November.

The cause of climate change was the use of fossil fuels such as coal, oil and gas, from the beginning of the Industrial Revolution until the present time. If we are to tackle climate change, we must stop using fossil fuels, and replace them with renewable energy such as wind power and solar panels.

Most of the main banks, including Barclays, HSBC, Santander, NatWest and Lloyds, continue to fund fossil fuels through loans and investment. The world’s biggest 60 banks have provided $3.8 trillion of financing for fossil fuels since the Paris climate deal in 2015.This must stop.

We ask you to contact your bank and tell them that, as a customer, you consider that they should not fund fossil fuels.