Let’s start with a couple of observations…

Early Methodist preaching was taken round local areas to small groups, societies or churches by itinerant preachers approved by the main figures in Methodism. Many at first reached their flock on horseback, going around the circuit of places where they regularly preached.

The boundaries of village, town then city, have continually changed and over the years. Methodist Churches have never had particular areas from where they take their congregations. Churches have opened, closed, been ‘planted’, revived, ceased to meet … but the people called Methodists have worshipped God in this area from the 18th century and still do even if we organise ourselves in different ways. 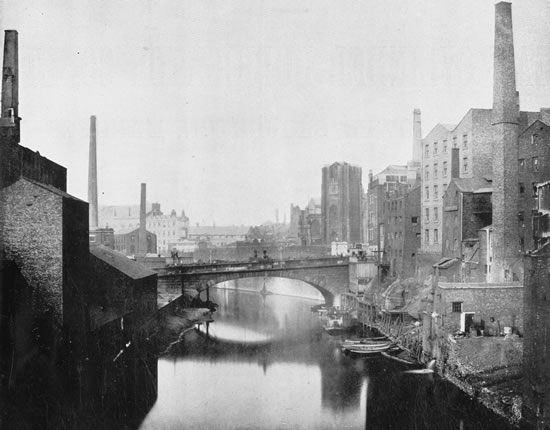 Manchester first expanded at the start of the Industrial Revolution. From a small town – actually a village with no town council – of less than 10 000 souls in the early 1700s, it rose by the 1860s to a bustling city of a third of a million. The populous ran the whole spectrum from those who came and made their fortunes to some of the poorest in terms of housing, exploitation and squalor in the country. The Manchester city boundary changed and expanded as different townships were absorbed.

The Collegiate Church (its first building was on site in 1420; now the Cathedral) housed the first formal Christian congregation in Manchester but as the population of the city began to grow around it and the established church changed from Roman Catholic to Church of England (C of E), the Church was a little slow to expand and build. This provided fertile ground for itinerant preachers and other denominations or brands of Christianity to gain a firm foothold … and they did … including the Methodists. 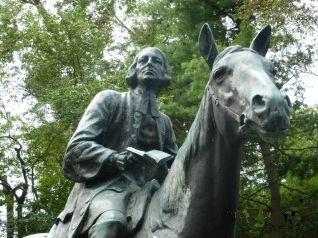 The first Methodist preachers began on street corners, churchyards, barns and small rooms. First mention of ‘Manchester’ in the diary of Methodism’s founder, John Wesley, was in 1743. He had resolved to “Preach faith ’til you have it” and ten days later he briefly stopped here before riding South. He did note that night that “it was rainy and very dark”! Two months later he had his conversion experience: “I felt my heart strangely warmed. I felt I did trust in Christ, Christ alone for salvation …”.

The first ‘society’ in Manchester was noted in 1747 as a few young men in a room in Deansgate. However, it was suspected of being sympathetic to the young pretender, Bonnie Prince Charlie, so when Wesley returned that year and preached his first sermon in this area, at Salford Cross, he was not well treated. In these early decades of Methodism in the North of the country it was to a large extent feeding on and absorbing a heterogeneous smattering of local renewal movements and societies under local leaders and travelling evangelists. Developments in population, urbanisation and industrialisation in Manchester were helpful in swelling the ranks of Methodism and Protestant dissent. From early problems of succession and separation from the established church grew revival in the 1780s – a fruitful period for Methodist advance – and in many ways growth continued through to modern times. 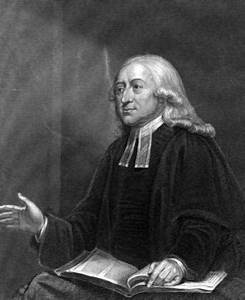 An interesting aside about Mr John Wesley: when he first saw the New Chapel on Oldham Street (now our Methodist Centre, Central Hall) he ‘thought it too far out of town’.

Of course, organisation and splits occurred as in most walks of life. The three official strands of Methodism that emerged in the next 150 years – Wesleyan, Primitive and United – were always accompanied by a range of independent ‘societies’ and chapels (we were never a ‘Church’) and independents still exist today … even in Greater Manchester. The three strands came together again in the Union of 1932.

A word on local organisation of the churches at this point. At the beginning it was said that preachers travelled much by horse and each had their own circuit. These circuits acquired administration, buildings, congregations, ‘lay’ helpers and buildings. They became the local administrative and functional units of Methodism under the connexion in London and the peripatetic annual ‘conference’. However, they were rarely static. Societies would form and morph, churches would not last forever and congregations would grow, change and split. Chorlton Church in our current circuit has been a member of five different circuits in its nearly 140-year history. 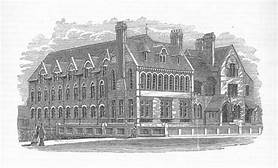 Manchester has had and still has a role in Methodist teaching, the training of ministers and the keeping of its traditions and history. Hartley Victoria College was a foremost facility, training ministers for 90 years until closure in 1966 when training continued in a smaller way jointly with other denominations. Methodism has maintained good links with the University, one of the foremost in Europe. John Rylands library, on Deansgate not far from Manchester’s first Methodist society, houses the archives of the Methodist Church. 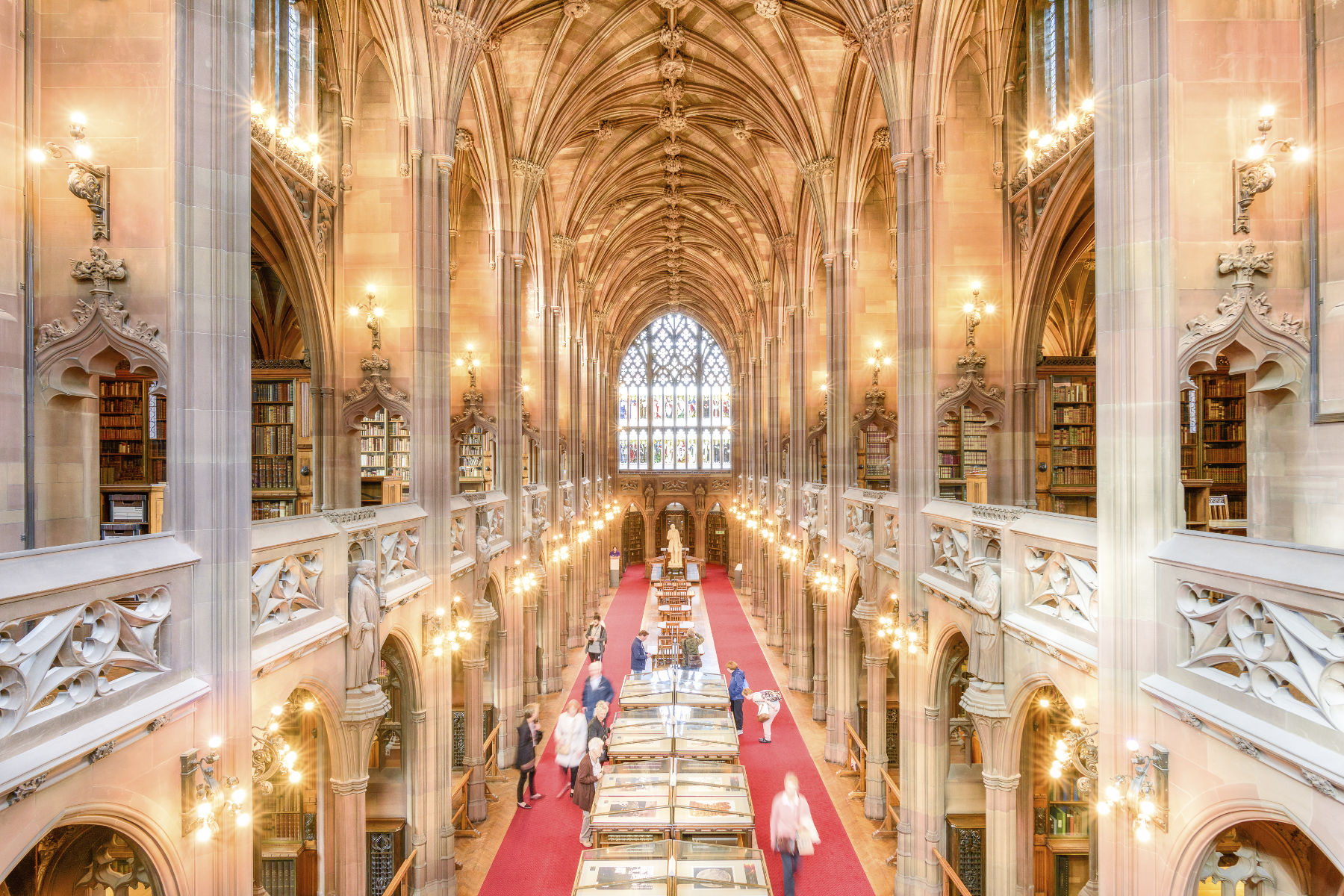 The overall strength of Methodism in this area arguably came to its height before the second world war. Numbers and community activity were high in the 1950s but numbers have declined in formal worship and church statistics since the 1960s. Our current circuit came into being in 2002 when three circuits covering Manchester came together. Falling congregational numbers at formal worship (almost exclusively Sundays) and rationalisation of staffing and preaching were factors. There have been two recent ‘circuit reviews’ in 2002/3 and 2018/9 and from them new prayer and vision emerged.

The Manchester circuit has 20 churches but ten years ago it had more. It has many old buildings but new ones have been built and most are in constant renewal (check out the work at Hope). The circuit as a collection of churches goes outside the city boundaries and draws in folk from a wide area. Not long ago there was no connectivity to the web or social media but the online churches are growing and Christ can be found in the electronic world as elsewhere. Involvement and use of premises for the community has increased as has understanding and joint work with other Christian and non-Christian churches. This is an inclusive, multi-ethnic, multi-cultural (chose a favoured description), diverse and vibrant place and whist the circuit has history it has eyes on the future too.

If we don’t recognise John Wesley’s times in the beginnings of Methodism, he would certainly not recognise ours. Or then again, some things in life and worship are timeless and changeless. This history is continuing.

All we can Ukraine appeal
Chain Reactions